The City of Seattle and King County are now testing a new housing intervention called the Creating Moves to Opportunity (CMTO) project. CMTO tests a more personalized response to the proven idea that place matters for children and that moving young people to neighborhoods of higher opportunity can lead to positive economic, health and education outcomes.

This blog will examine the research that informed this project, the promising results that Seattle and King County have demonstrated so far, and how this body of research has equity implications for both program design and research.

How We Got Here:

In 2016, the U.S. Department of Housing and Urban Development (HUD) changed the way it calculates housing voucher payments in a few dozen urban areas based on research findings (read the Forum’s case study on this change here). These local housing authorities would now offer higher voucher amounts to families if they moved to neighborhoods which were determined to have higher levels of opportunity — and often higher rents. The goal of this change was to test whether higher-value housing vouchers would incentivize recipient families to move to higher-opportunity neighborhoods, which often lead to better health, education, and economic outcomes for the families living in them.

HUD’s thinking was influenced by decades of research demonstrating that living in high-opportunity neighborhoods with lower levels of concentrated poverty improves outcomes for families. One of the key research studies backing the change was the Moving to Opportunity (MTO) demonstration project authorized by Congress in 1992. The project examined whether moving from a high-poverty neighborhood to a low-poverty neighborhood would affect various life outcomes for families receiving vouchers. Multiple studies over the 2000s demonstrated that MTO successfully moved families into low-poverty neighborhoods and that these families experienced a variety of improved outcomes, such as improved adult mental and physical health. However, these studies also indicated that adults who moved did not experience the positive economic benefits, like better earnings or higher employment rates, which the pilot targeted.

A 2015 study went further than previous MTO evaluation efforts by following up on the long-term outcomes of those who participated in MTO as children. Importantly, this research made a distinction between children who moved to higher-opportunity neighborhoods before and after they turned 13. Using tax return data, the study concluded that “moving to a lower-poverty neighborhood significantly improves college attendance rates and earnings for children who were young (below age 13) when their families moved.”

Dividing the MTO participants into subgroups based on age helped demonstrate a significant finding in terms of who benefited from the intervention and by how much. Moreover, further research has demonstrated that the impact of moving to a new neighborhood is stronger on children who move at earlier ages in terms of both adult earnings and college enrollment. This leads to an obvious policy solution: helping families with young children move to high-opportunity neighborhoods. But what policy changes would create the right incentives?

As a first attempt, HUD tried increasing the size of vouchers for an entire metropolitan area, regardless of where a family ultimately decided to settle, and found it did not lead to improved outcomes for families that utilized the vouchers. Ultimately, the increased voucher sizes led to overall rent increases in metropolitan areas and, as a result, most of the additional voucher subsidy benefited landlords who increased their rents. In response, families largely did not settle in higher-opportunity neighborhoods as the financial benefits of the subsidy did not reach them.

Rather, setting up different sized vouchers for housing in different neighborhoods led to stronger results. To accomplish this, HUD set up small area fair market rents (SAFMRs), which set different voucher levels within a city based on the zip code an apartment housing unit was located in. The goal was to incentivize families to move to higher opportunity neighborhoods with lower concentrations of poverty and ensure that the government avoided driving up rents artificially.

Partnering with public housing authorities across the country for a pilot study, HUD found that using SAFMRs to calculate the size of families’ vouchers successfully led to more voucher holders moving to neighborhoods with lower concentrations of poverty. Buoyed by these results, HUD scaled this policy change to 24 separate metropolitan areas in 2016.

For more details about this research and HUD’s policy change, you can read the Forum’s case study on the housing choice voucher program here. 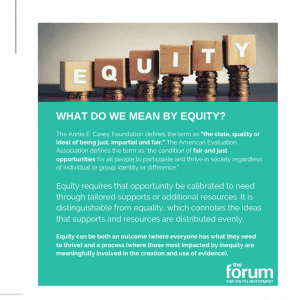 The project is being piloted in the Seattle-King County area based on a planning process that included consultations with frontline staff, families, external researchers, landlords, and other stakeholders. Through the project, families applying for housing choice vouchers are randomly assigned to two groups. The intervention group receives CMTO services (rental application coaching, opportunity area education, housing search assistance, and flexible financial assistance). The control group receives standard voucher services that were already being offered by the local housing authority.

The first year of the project has been completed, and preliminary results show promise. Fifty-four percent of families receiving CMTO services chose to move to high-opportunity areas compared to 14 percent of families in the control group. This finding suggests that families utilizing vouchers are concentrated in high-poverty areas due to barriers preventing them from moving to low-poverty areas rather than preferring to live in those high-poverty areas. Qualitative interviews with the families who participated in the CMTO project highlighted that the “program’s ability to respond to each family’s specific needs and circumstances was critical to the program’s impact.” These qualitative findings help underscore which aspects of the CMTO services families found most helpful and provide potential lessons for future efforts to scale up the intervention.

The project will continue to measure if families stay in higher-opportunity areas and going forward will use the early results to understand what interventions are most essential, cost-effective, and scalable. The researchers are also examining ways to scale up the intervention to other metropolitan areas across the country over the next few years and mechanisms for improving low-opportunity neighborhoods.

So what does this mean for equity?

CMTO—along with the preceding housing interventions and research that informed it—has implications for equity in a number of ways. First, this body of research highlights the broader disparities in outcomes that exist in communities that are sometimes only a few blocks from one another. Second, it highlights that many families in need of support do not often have a fair and just opportunity to get the full benefit of interventions meant to help them.

Moreover, the research highlights how important equity is for the processes of building and using evidence by:

Place matters for children, youth and their families. It affects a child’s access to certain schools, what types of parks and other amenities are available in an area, and what types of employment opportunities that child will eventually have access to. The SAFMR and CMTO interventions further demonstrate that families who want to move to higher-opportunity neighborhoods face significant policy barriers that prevent them from doing so, including insufficient voucher amounts, confusion about which housing options offer higher opportunity and how well landlords have been engaged and assisted.

Research is helping to show a path forward to better supporting these families—and has created an avenue to incorporate families’ voice and experience into feedback loops and, hopefully, decision processes about policy and program design. The personalization of the CMTO intervention, along with sound qualitative data about families’ experience, could inform housing efforts in other cities, the design of other programs and pilots intended to support specific populations, and the inclusion of direct input from program participants in other study designs.

This joint progress in federal and local efforts demonstrates that evidence has the power to improve the lives of children and their families when researchers, policymakers and other stakeholders use it in equitable ways.

The latest paper from the first evaluation of CMTO is available at Opportunity Insights here.